Buy our beautiful Ed Rosenthal Big Buds 2014 calendar: we are offering for $5—50% off retail….this small format calendar is perfect for shops and small spaces — at Highland Springs Wellness Center.

Busy? Give us a call and we will mail one to you with a credit card purchase and a small shipping fee. 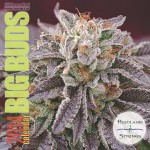 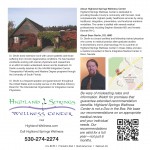 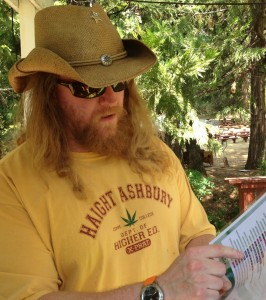 Dr. Devlin began his talk by noting a recent news event: Weed with Dr. Sanjay Gupta of CNN has reversed his 2009 position against marijuana and now recognizes the medical benefits of cannabis. Furthermore, recent changes in laws, such as the legalization of marijuana in Colorado and Washington have allowed for recreational use of marijuana by de-criminalizing possession of small amounts of marijuana.

Dr. Devlin’s own research suggests that Israel and other countries now lead the way in doing basic scientific research in the broad effects and medical benefits of cannabis, of which over 100 have already been identified. In fact, Devlin cites marijuana has been used medically for nearly 5,000 years. The oldest marijuana was found in the remains of a shamanic healer in India.

American history indicates that physicians in the United States, used marijuana regularly until the 1930’s, for everything from menstrual cramps to toothaches.

During the 20th century, alcohol became illegal, which resulted in illegal bootlegging. The federal government ended prohibition of alcohol and shifted its attention to cannabis. This began with the marijuana tax act, then the outright ban of cannabis as it became a crime to possess or use cannabis.

According to Devlin, the tide for marijuana in the medical arena began to shift again in the mid 1990’s, when California passed a law allowing for the medical use of marijuana. Much of the lobbying for change included patients suffering from HIV/AIDS and cancer—both areas where he has expertise.

As a physician, Devlin recommends the responsible use of marijuana for a variety of conditions. Unfortunately, cannabis is a Schedule 1 drug and cannot be prescribed. Much debate exists with respect to this classification, which prevents marijuana’s use except for very specific and well-controlled research projects.

Devlin is reflective and grateful for his opportunity to work with patients at Highland Springs Wellness Center in Grass Valley for the past 8 years and at Sierra Integrative Medical Center for the past 3 years. In these roles, Devlin has treated a variety of conditions including, chronic pain, anxiety, nausea/vomiting, anorexia, poor appetite and cancer.

Devlin has been amazed at how effective cannabis has been for dealing with a variety of medical conditions. He has been able to reduce patient’s use of traditional pharmaceuticals, specific opiates and anxiolytics (for pain and anxiety).

Case studies and clinical evidence has shown that increased CBD and reduced THC cannabis extract has successfully treated children suffering from Dravets syndrome and is used in chemotherapy in the treatment of cancer. It has also been used in Israel. along with chemotherapy in the treatment of cancer. In Canada, a gentleman used an extract of cannabis to treat his mesothelioma and created what has now been is now called Phoenix Tears.

Devlin sees more cases of CBD’s treating coming to light every week. This once maligned weed may prove revolutionary over the next 5-10 years as more data is gathered and research completed.

Halent Labs has conducted the most comprehensive research to date and is available at halent.com.

The role of CBD cannabinoids in alternative medical treatment includes:

More information can be found at icurecancer.com

Dr. Devlin does extensive work with cancer patients and alternative treatment modalities. Devlin has traveled extensively working with cancer physicians and researchers internationally in an effort to better understand cancer and its treatment. He currently teaches at and works with the AAAAM Integrative Cancer Therapeutics fellowship and Masters degree program through the University of South Florida. He is a frequent speaker and guest lecturer throughout the United States and serves on the Medical Advisory Board for The Best Answer For Cancer Foundation.

Dr. Devlin and his team also provide onsite training services for physicians, medical staff and front office staff. He works with a variety of Integrative Oncology and specialty medicine groups around the country as a consultant. He has been a practice partner at Highland Springs Wellness Center for the past eight years and is a medical consultant at Sierra Integrative Medical Center in Reno, Nevada.

Highland Springs Wellness Center has collaborated with Nevada County ASA and local station NCTV, producing an informative show called “What if Cannabis Cured Cancer?”. The program, which features Dr. Sean Devlin,  will be available “on-demand” on NCTV’s website:  www.nevadacountytv.org and will receive multiple non-scheduled plays, as well as these scheduled broadcast times: 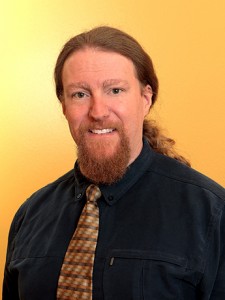 Dr. Devlin does extensive work with cancer patients and alternative treatment modalities. Devlin has traveled extensively working with cancer physicians and researchers internationally in an effort to better understand cancer and its treatment. Dr. Devlin currently teaches for and works with the AAAAM Integrative Cancer Therapeutics fellowship and Masters degree program through the University of South Florida. He is a frequent speaker and guest lecturer throughout the United States and currently serves on the Medical Advisory Board for The Best Answer For Cancer Foundation.

Dr. Devlin and his team also provide onsite training services for physicians, medical staff and front office staff. He works with a variety of Integrative Oncology and specialty medicine groups around the country as a consultant.

See this new video of Dr. Devlin at Aware Med 2013 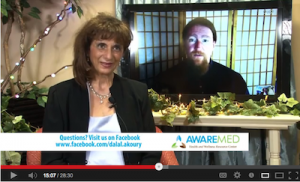 For a Happier, healthier, more beautiful you!

What patients are saying about Pamala Lane:
NOT your everyday massage therapy

These sessions improve my overall health, mental acuity and

I am seeing weight reduction.”
“I can’t even believe that in a short hour of massage

with Pamala Lane, my whole week is improved.”

Pamala Lane,ND, CMT, LCT does so much more than traditional
massage. She uses her specially formulated Lane Oil, special sound
and multiple types of training to make time spent with her really an
essential part of an overall wellness program. 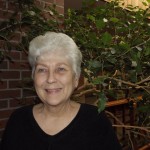 Pamala Lane has two decades of experience as a lifestyle counselor and is a Certified Massage Therapist.

Her alternative medicine background includes advanced training as a Colon Therapist and a Naturopathic Doctor.

A Technique for Cellulite Clearing
After 24 years of experience in the alternative healing field and licensed Massage therapist, Pamala Lane has created an innovative approach for cellulite clearing. The Lane Therapeutic Massage technique is used in tandem with Lane Therapeutic Oil. 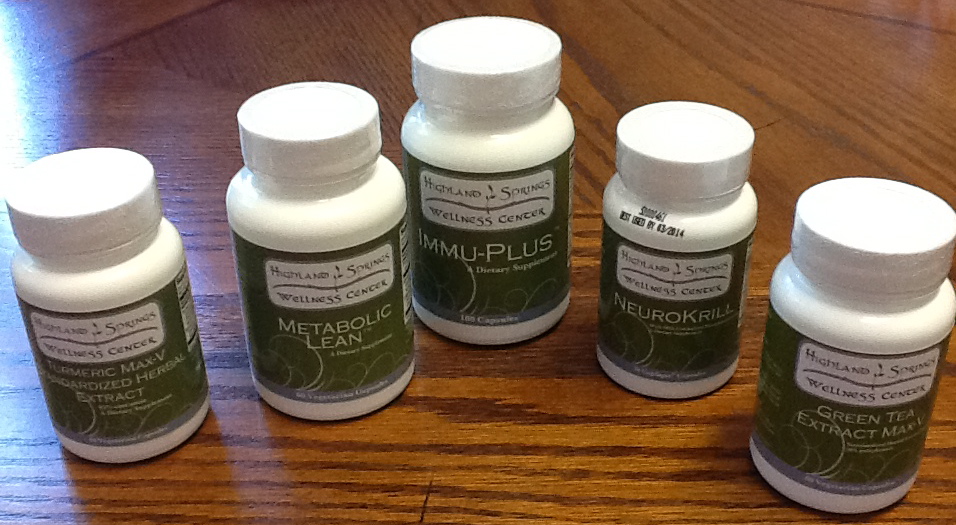 We believe in patient empowered health. Nutrition support and supplements can enhance physical well-being and support active lifestyles, as well as boost immune systems under attack from chronic disease or other disorders.

Because this is an important aspect to overall health, Highland Springs Wellness Center has sought out reliable, high quality formulas to offer at our practice.

Each vitamin or supplement has been hand-picked by a Highland Springs Wellness Center physician or staff member.

Buy any of our new supplements valued at $45, and receive $10 off another supplement purchased at the same time!
*Offer may be changed or withdrawn at any time. No monetary redemption value. Cannot be combined with other offers. Valid through October 31, 2012.

Special formula designed to provide essential nutrients for neurological health and mental functioning. This encompasses memory retention, mental focus and clarity.  These liquid filled capsules are made from fish-based gelatin, making this product suitable for those wishing to avoid bovine products.

Contains 100 mg of green tea extract, standardized to 50% polyphenols in each vegetarian capsule.

Triple action antioxidant formula. The potent antioxidant activities of the flavonoid quercetin and vitamin C team up with bromelain enzyme in this unique formula to help support healthy joint, immune and cardiovascular function.

We know lots of people have 6 month scripts and want to be sure that you understand the many great things we have for you at Highland Springs Wellness Center.

If you have a 6 month script, now is the time to switch to locally-owned Highland Springs Wellness Center.

We are far more than ‘doc in a box’–check out our services and our friendly staff.

From the Desk of Sean Devlin, DO 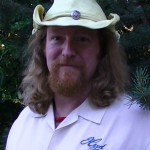 The use of medicinal cannabis by inhalation has been very controversial, the old adage has been if you smoke it you are at increased risk of pulmonary disease and possibly cancer.  As time goes by and more studies are performed we are starting to see other evidence which may indicate that cannabis may in fact reduce risks of developing some cancers as well not be as harmful as smoking cigarettes.  Obviously with any substance used for medicinal purposes we have our intended positive effects and our negative or untoward ‘side-effects’.  We always recommend that if patients choose to use medicinal cannabis they do so with caution and are encouraged to vaporize the cannabis if they do inhale.  This following study provides us with another little insight into this amazingly versatile plant—

from The Journal of the American Medical Association

This video shows what I believe to be a small sampling of physicians and scientists who are taking another deeper look into using cannabis medicinally and nutritionally, both as a directed treatment and for disease prevention approaches. This is a plant which has been used for centuries in its entirety for everything, from making clothing to treating illness.
The Power of Raw Cannabis
As you can see from this video many folks are looking at the future potential of this plant in a variety of medical arenas, without the traditional stereotypical view of this plant.
— Sean Devlin, DO
↑